Angel is made from a reclaimed oak fencepost I found in Catford, South London. It was in a skip, eight feet long, very heavy and a real schlepp to manoeuvre into the back of our Renault Clio.

The oak pinning technique was inspired by staying in a beautiful house in Autoire in the Lot Department of France. We slept in the attic and admired, when not crunching our heads into, the 19th century oak beams rising to the roof corners in the Quercy style. 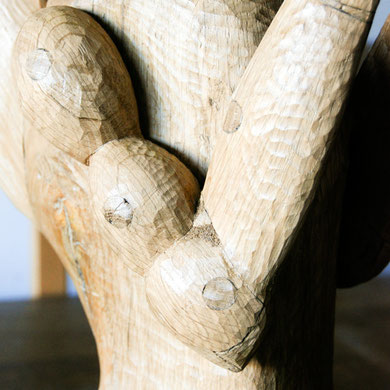 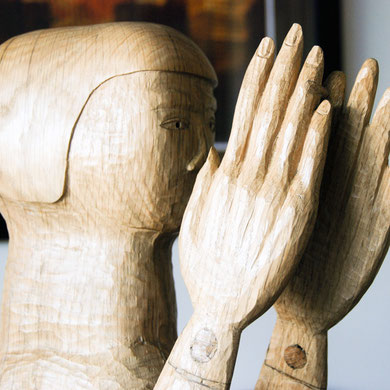 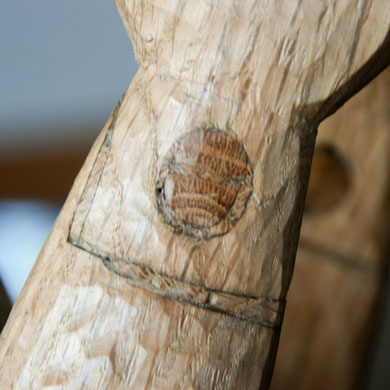 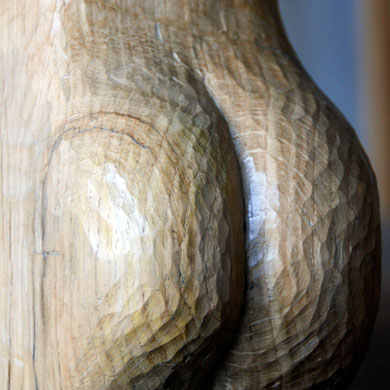 I wanted Angel to be simple, massive, bulky, schematic, stubborn, constructed, brutal and somehow compassionate angel: the angel conceived as contemptuous, washing his hands of the world, a sort of 'Me? I’m-out-of-here' feeling. And yet a censorious figure of diminished authority and exhausted compassion – a cynical dead-eyed judge, a church that long ago lost its power, that wears the trappings of power and is more interested in assets than souls and righteousness than right action. A reflection on us all, our complicity, attachment, relative powerlessness.

One could rant on in this vein but at the end of the day the piece has to speak for itself. It is connected to its context – financial crisis, fury with bankers, looming electoral defeat and the return of the Tories and austerity. But it can’t be read off from it (see also Wise Guys in City of London and Crisis in Drawings).