Visiting the Irma Stern Museum put a serious kink in Day 11 of our stay in Cape Town. I had been to the Rhodes Memorial and performed an excellent partner pick-up at the labyrinthine upper UCT campus.  We then proceeded, me feeling jauntily confident behind the wheel, to the museum.  It is located down a narrow but fast street. I spotted a parking space and made a quick dive into as a large delivery truck sped toward us. As a result of haste, jauntiness and the oncoming fury, I became entangled with a kerb-side post.  As I attempted to extricate the rental, which was nicely wedged in by this time, a contretemp en famille kicked off regarding my supposed deliberate attempt to impale our rental clonker onto said post.

The upshot was R500 of damage - thats about £50 -  a boiling-up of negative emotions and a violent stayaway by the enraged partner.  Hence my solo visit to the Museum had 'brevity' stamped through it like Brighton Rock and took place in a guilty, resentful whirr.

Irma Stern is an interesting painter, ceramacist, collector of African art and character in the Cape Town cultural scene.

She was born in 1894 to German Jewish parents in a small town in the North West Province of South Africa where her father had established a thriving trading store and cattle farm. During the Anglo Boer War (1899-1902) he was interned and Irma traveled to Cape Town with her mother.

The family moved back and forth between South Africa and Germany and during the I World War Irma studied art in Berlin and Weimer where she met Max Pechstein who helped arrange her first exhibition before she returned to South Africa in 1920.

Her work was much derided by conservative Cape Town and establishing a reputation as an artist of beauty rather than 'ugliness' was a long battle.

Her parents bought her a house in Rosebank near the University of Cape Town in 1927 and this remained her home until her death in 1966 and now houses the museum.

Irma Stern traveled widely in Europe and Southern Africa, Zanzibar the Congo and Senegal. She used these trips to develop a wide range of subject matter and to acquire a collection of African arts and crafts.

I suspect that the 'discovery' of African art by  Cubist and Expressionist artists in Europe was regarded with deep suspicion not to say outrage by conservative Capetonians whose lives were lived in the deeply racist mud of the time. There were also very few artists painting African men and women in this period.  Gaugin had toddled off to Tahiti to paint his idealized beauties in the face of the harsher reality of the island but I am unaware of any major European modernist artist using black models or portraying black Africans.  Matisse got as far as Tunisia and adopted the odalisque to great decorative affect but artists rarely if ever got beyond North Africa.

Recent scholarly and curatorial work has questioned previous interpretations of Stern's work and recognised in Stern “a sensitive, acutely observant, qualified artist who, from childhood, came to grips with her life and her experiences in two extremely different worlds, in Africa and in Europe”.

This argues that Stern moved away from the romantic 'primitivism' of German Expressionism by attempting to capture through her closeness to it 'the reality of life in Africa”.

Other older established South African critics disagree with this new reading of Stern as feminist icon and politically committed artist and see her as an artist quite happy to plunder the storehouse of 'Native' models available to her for painterly rather than political motives (see Claudia Braude's interesting Beyond Black and White: Rethinking Irma Stern).

In 2010 Irma Stern's Gladioli painting broke previous auction records for her work when it sold for R13m (€1.28m).

As well as the paintings of the 'exoticism' or 'reality of African life' (depending on your viewpoint) Stern also avidly painted portraits of those around her. I was particularly struck by the three paintings below. 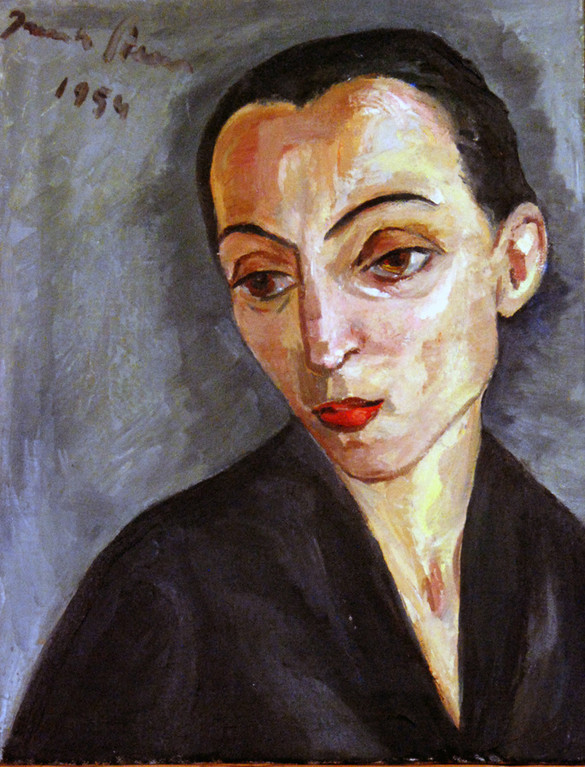 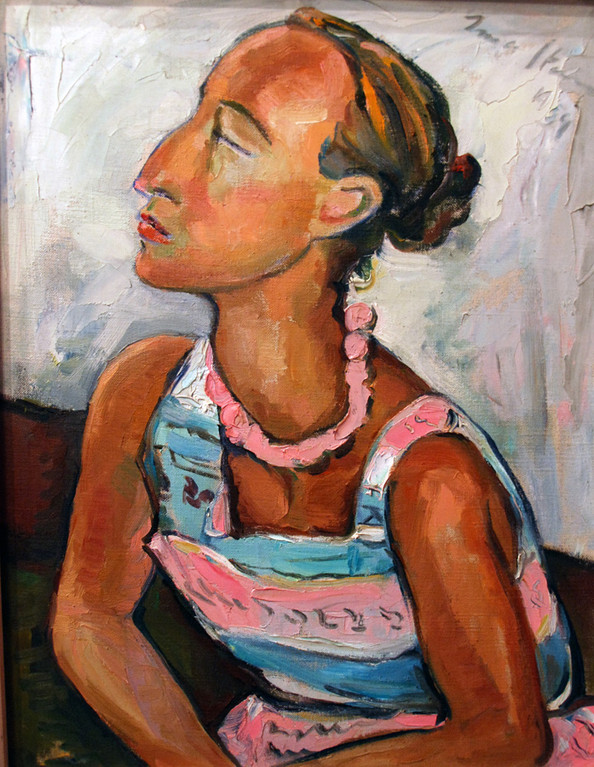 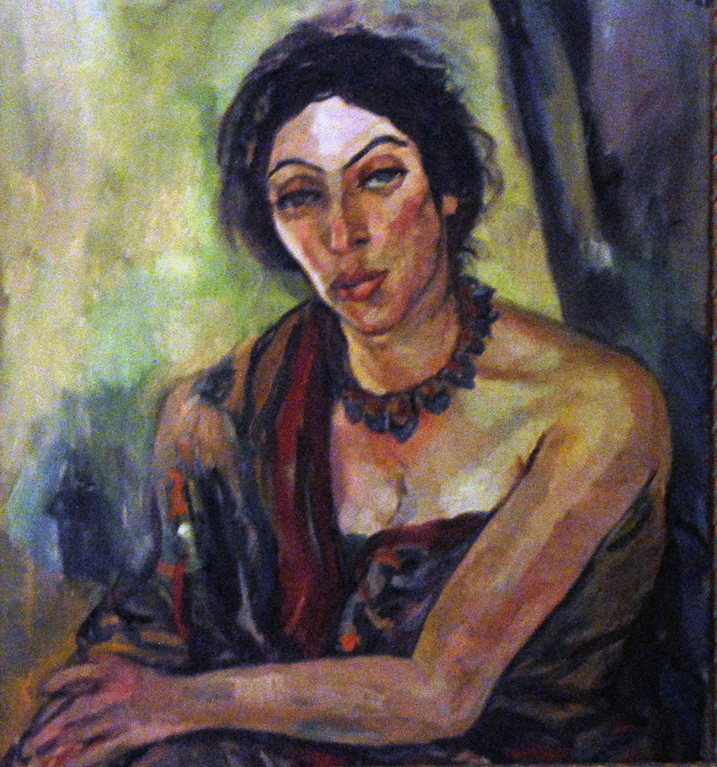 Stern was also an avid collector or African and European art.  The stand-out piece in the Museum is a Buli stool which represents a standing woman holding the bowel of the stool.  According to the Museum website experts agree it was probably carved in the early 20th century by a master craftsman in the Congo, known as the Master of Buli.

Other African art at the Irma Stern Museum 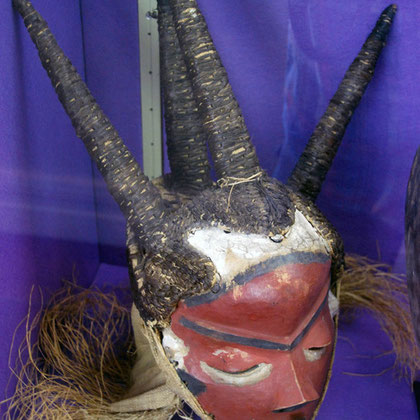 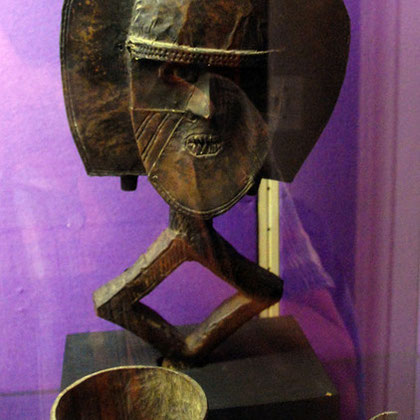 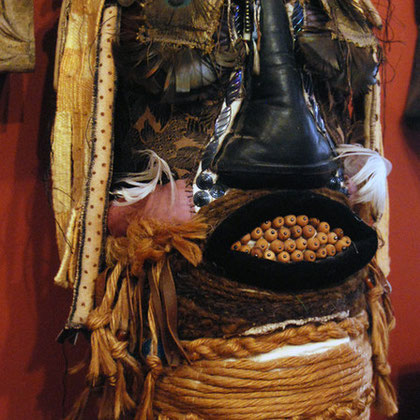 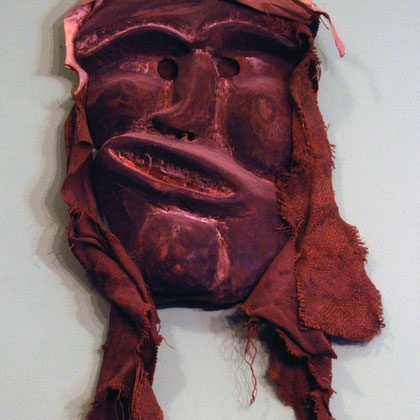 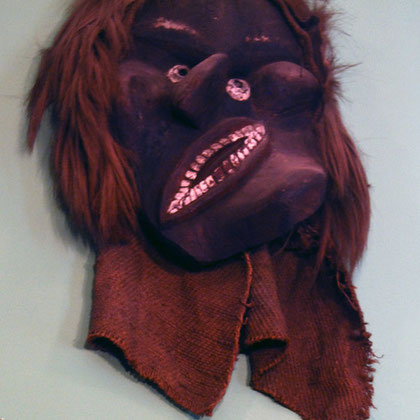 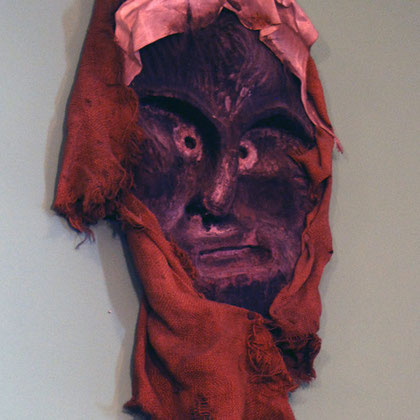 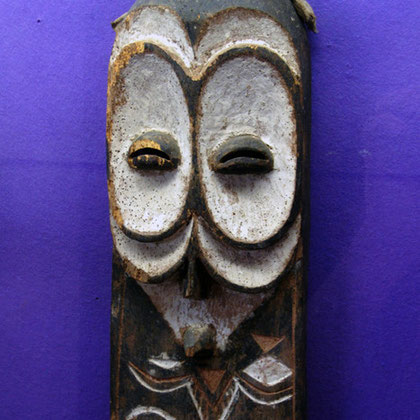 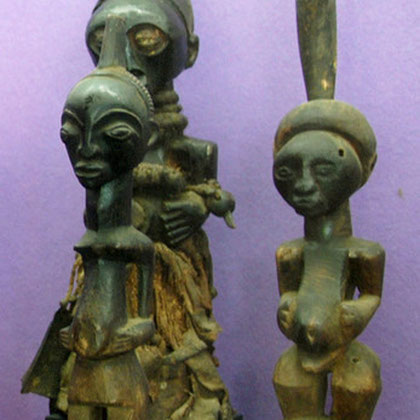 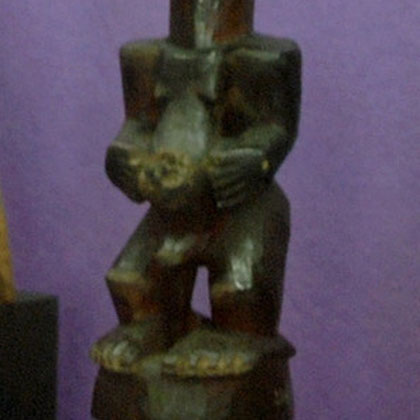 My visit to the Museum was shorter than ideal because diplomacy was driving my rapid steps through the different galleries.  I left and sped back to the car to survey the damage to the car's body and to the soul of our relationship. Both survived.