This beautiful bird seemed to be everywhere in the Western Cape. It makes a harsh and haunting haa-haa-haa-de-dah call when flying in groups. Its diet is mainly earthworms and some larger insects like the cricket called The Parktown Prawn. 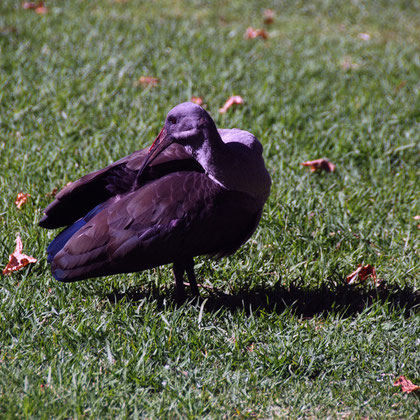 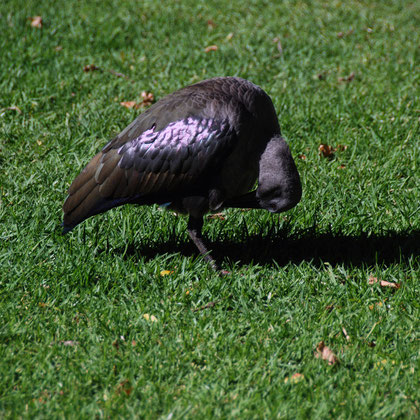 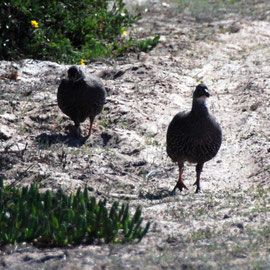 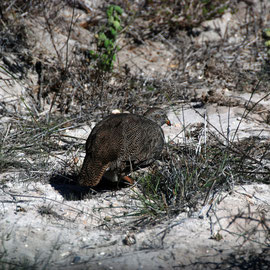 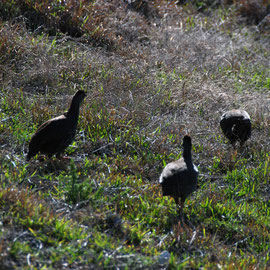 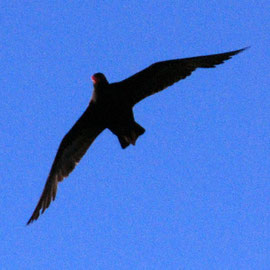 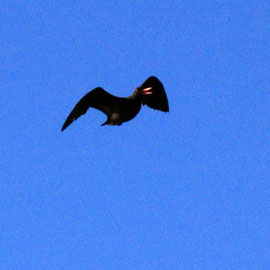 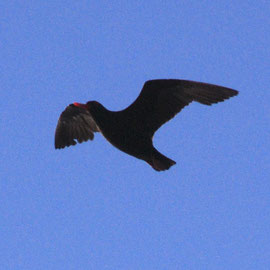 African Black Oystercatchers, Haematopus moquini, are endemic to southern Africa is listed as Near Threatened in the IUCN’s a Red Data List owing to its small population and limited range. They breed in rocky intertidal and sandy beach areas from Namibia to the southern KwaZulu-Natal coast. The islands of the West Coast National Park support 500 breeding pairs which have increased over the last decade due to the introduction and proliferation of the alien mussel Mytilus galloprovincialis and the enhanced protection of the species (see Anchor Environmental).

The Cape Cormorant is regarded as Near Threatened owing to a decrease in the breeding population during the late 1970’s and the early 1990’s following an outbreak of avian cholera, predation by Cape fur seals, Kelp Gulls and White Pelicans as well as the eastward displacement of sardines off South Africa.

As a result there are large inter-annual fluctuations in breeding numbers due to breeding failure, nest desertion and mass mortality related to the abundance of prey, for which they compete with commercial fisheries. In addition, during outbreaks of avian cholera, tens of thousands of birds die. Cape Cormorants are also vulnerable to oiling, and are difficult to catch and clean (see Anchor Environmental).

Cape Gannets Morus Capensis breed on six offshore islands one of which is Malgas Island in Saldanha Bay near the West Coast National Park. The Cape Gannet is listed as Vulnerable IUCN’s ‘red data list’ due to its restricted range and population declines. The colony at Malgas Island has shown population fluctuation since the early 1990’s and a steady decline since 1996 from 55,000 breeding pairs to just over 30,000 and is probably related to the start of the eastward shift of the pelagic fish in the late 1990’s. At Malgus Island an increase in predation by Cape fur seals (Arctocephalus pusilus pusillus) and the Great White Pelican (Pelecanus onocrotalus) are particular concerns. Between 2001 and 2006 the seals were responsible for a 25% reduction in the size of the colony (see Anchor Environmental).