Rock or Cape Hyraxes - Procavia capensi  (known as 'Dassies' in Southern Africa) are often thought to be rodents but they are in fact distantly related to elephants. The most obvious sign of this is there long tusk-like upper incisors, that can be seen sticking out of the mouth of one of the Dassies below.

The Rock Hyrax occurs across sub-Saharan Africa and the Middle East and can grow to 50cm in length and 4kg in weight. 'Fossil remains indicate there were once hyraxes the size of oxen. This may explain its gestation period of 7 or 8 months, unusually long for an animal of its size' (see Out of Africa).

They are highly social animals living in herds of up to 80 that are sub-divided into flocks consisting of a few families. Hyraxes feed on grasses and broad leafed plants.  They rarely forage more than 50m from their protective dens in rock piles and cliffs. Whilst some of the flock forage others take up sentry positions above them to warn of approaching predators - particularly eagles.

Rock hyraxes produce large quantities of hyraceum—a sticky mass of dung and urine that has a distinctive smell and infuses dassie-rich areas with a musty, oily smell not unlike that of foxes.  Dassies create extensive middens on their rock ledges and look-outs. Petrified hyraceum (sometimes called 'Africa Stone') is used in the perfume industry and traditional South African medicine.

Dassies get a mention in the Old Testament (Proverbs 30:26) as one of a number of remarkable animals for being small but exceedingly wise, in this case because "the rock badgers are a people not mighty, yet they make their homes in the cliffs" (see Wikipedia).

The photos shown here were taken on a walk up the gorge behind Montagu (on the edge of the Little Karoo) along the river that flows from the thermal springs - the Kogmanskloofrivier. We initially came across the dassie pictured up a tree (apparently Dassie's spend 95% of their time resting).  On our way up the river we saw few hyraxes but on our return - we were the only people around at that time - we saw 30 or more dassies darting from amongst the reedbeds in the river back up to their rocky homes in the precipitous rock faces.  Other dassies stood - or rather sat - sentry on rocks above the gorge bottom. 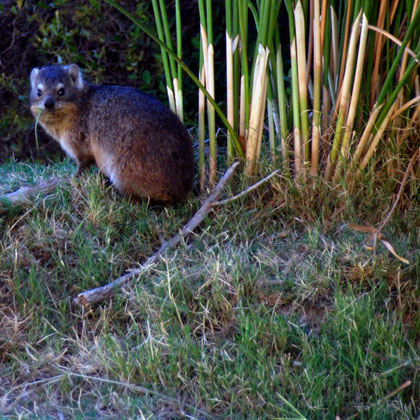 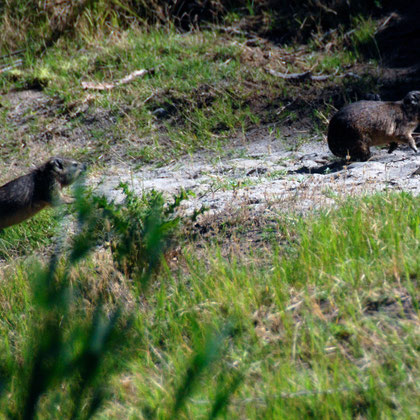 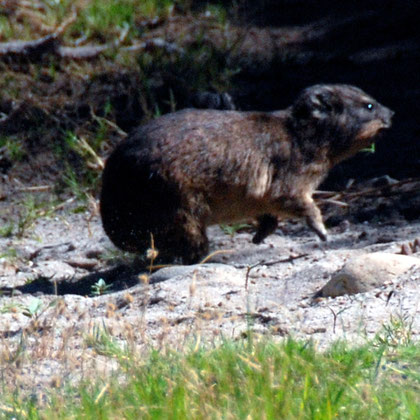 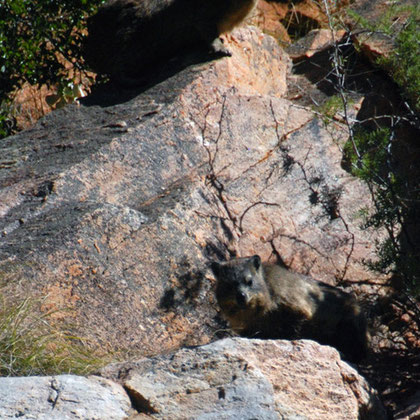 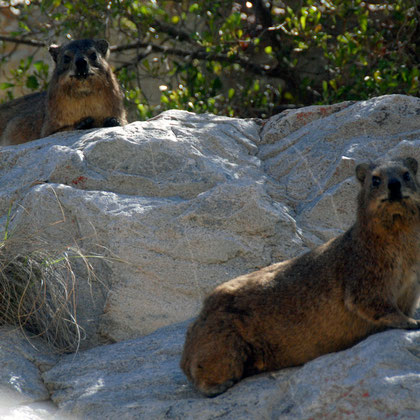 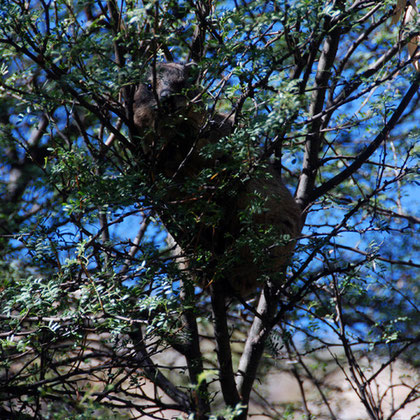