Mammals III: Bontebok and other antelopes

The Bontebok ('pied' or 'many coloured' antelope in Afrikaans) (Damaliscus pygargus pygarus) is another of Southern Africa's mammals that very nearly became extinct. In the 19th century the population had fallen to critical levels. It was saved by two farmers in the 1830s who kept a nucleus going until the establishment of the Bontebok National Park in 1931 (see wta.org.za). There is now a world population of 3,000 (SANParks) but the Bontebok is still considered the rarest antelope in the South African subregion and world by some (see Annie at Blueplanetbiomes).

The Bontebok is not to be confused with the Blesbok, which is similar but different. The theory goes that the two populations were divided by the uncrossable Karoo Desert. The Bontebok needs access to water at all times unlike some antelopes, e.g. the Eland, which can derive enough water for living from their food.

The Bontebok has longer front legs than back legs and slopes down towards its rear end. It has a lustrous chocolate and white coat, beautiful lyre-shaped ringed horns, a very broad nose,  a characteristic white patch around its tail and, in the males, a conspicuous white scrotum.

The stationing of Bontebok on the nitrogen-poor fynbos vegetation of the Cape is questioned by some as to whether this is the natural habitat of these mid-sized antelope.  Indeed at one point the prevalence of bone diseases and gut parasites led to the removal of all game from the Cape of Good Hope and the relocation of the Bontebok National Park from the Bredasdorp area to its current location south of Swellendam.  Bontebok within the parks seems to prefer to graze in recently-burnt areas, fire breaks and well established St Augustine or Buffalo Grass lawns (Stenotaphrum secundatum)  (see Mucina and Rutherford, The Vegetation of South Africa, Losotho and Swaziland 2010 Vol I, p. 86).

The above source suggests that by the year 1700 there was no game within 200km of Cape Town and that by 1800 most large mammals (above 50kg) and birds had been driven close to extinction with the Cape Floral Region. 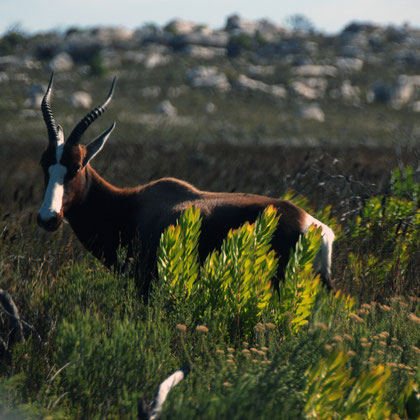 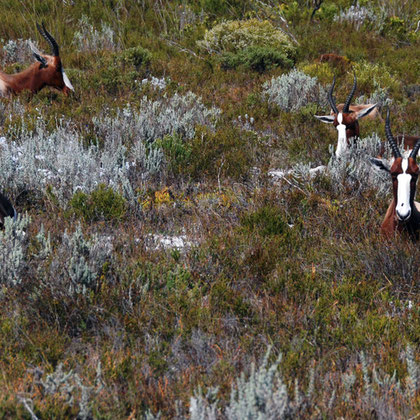 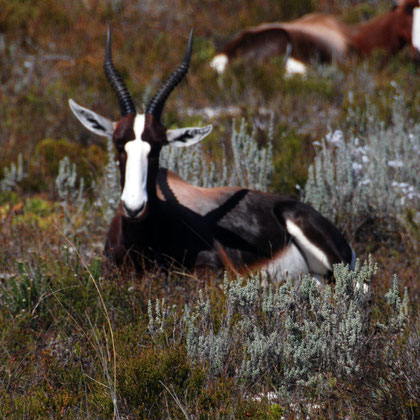 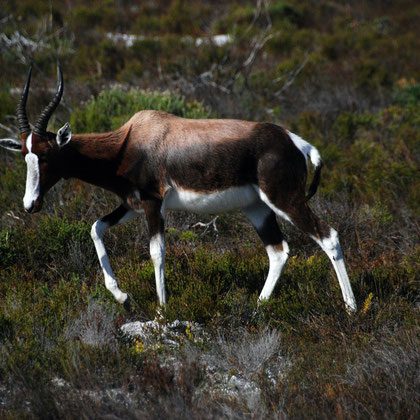 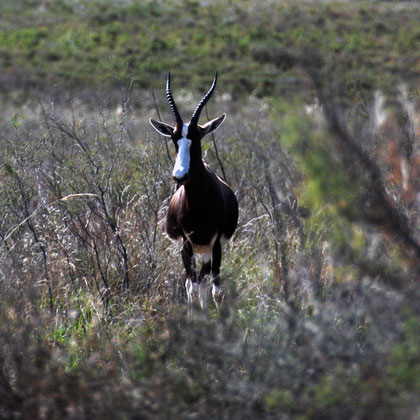 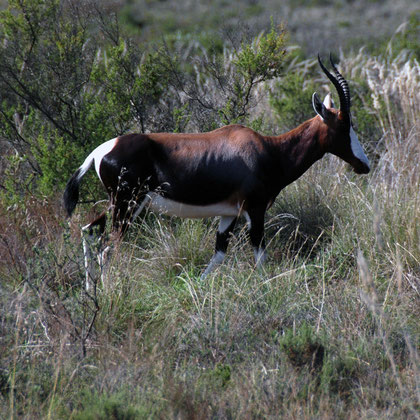 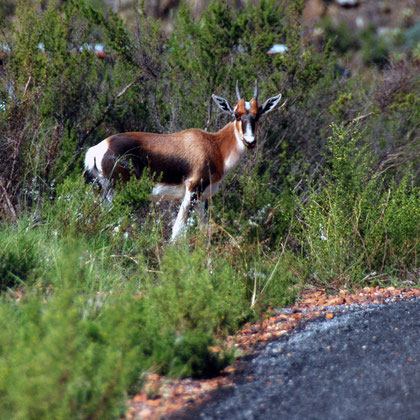 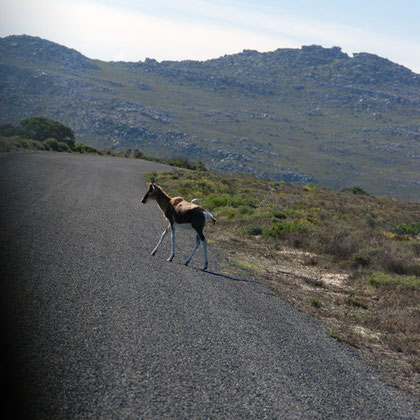 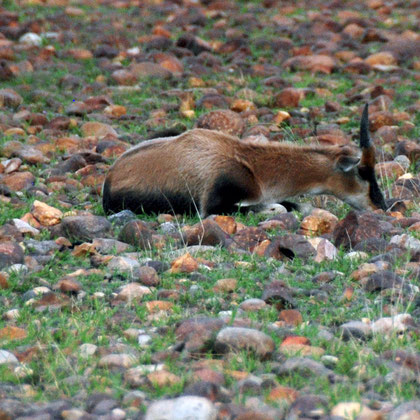 We saw this solitary Springbok as we were leaving the Bontebok National Park on the outside of the park.  The Springbok became an emblem of controversy and was the national symbol of South Africa under Apartheid.

It is sad that this antelope has become so associated with the horrors of white minority rule. I'm sure it did not choose to. Clearly the Springbok was not called a 'Springbok' prior to the arrival of Dutch settlers in South Africa but my search for its Khoisan name proved fruitless until I found this site with over 600 Khoisan words. The Springbok was originally called, depending on region:

(See my Eland page for more on Khoisan names for animals.) It is maybe not strange that antelopes are known by the new words ascribed to them by Afrikaner colonists who held the Khoi and San peoples in nothing but contempt and set about systematically slaughtering and enslaving them (see my page Slaughter, Slavery and Segregation).

Prior to the colonisation of South Africa huge herds of Springbok migrated annually.  It is said that these were the largest herds of wild mammals known to man (although the reference for this assertion no longer exists on the Wikipedia Springbok page).

It seems the great treks (trekbokk) of up to a million Springbok in the Karoo desert - when they moved to find new grass under drought conditions - had ended by 1897.  The treks disrupted nascent sheep farming and a combination of hunting - not to say indiscriminate slaughter - and fencing put an end to the great herds of Springbok in South Africa (see this website).