We came across all the birds on this page at an amazing acacia tree above a mill pond in Montagu.

The African Sacred Ibis was venerated in Ancient Egypt as representing the god Thoth and often mummified.  Thoth was an important god and often represented as a man with an ibis or baboon's head.  The ibis, with its curved bill, represented the moon and the baboon nocturnal intelligence. A mediator and scribe Thoth was credited by the Ancient Egyptians as,

the author of all works of science, religion, philosophy, and magic.The Greeks further declared him the inventor of astronomy, astrology, the science of numbers, mathematics, geometry, landsurveying, medicine, botany, theology, civilized government, the alphabet, reading, writing, and oratory. They further claimed he was the true author of every work of every branch of knowledge, human and divine (Thoth).

More of a marshland bird than the Hadeda Ibis, the Sacred Ibis eats frogs, fish, small reptiles and insects.  Where it has been introduced it has become a predator of other birds nests, particularly terns. (Wikpedia) 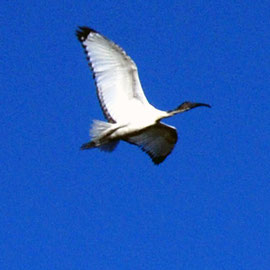 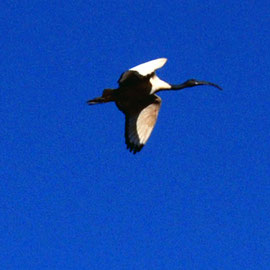 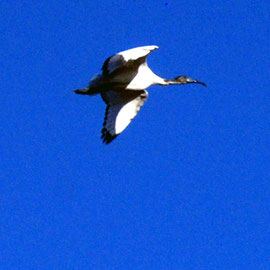 We came across the African Sacred Ibis in Montagu where there is a small dammed pond with an acacia tree that acts as a roosting spot for a multitude of ibis, egret, cormorant and weaver birds.

We came across these Cape Weavers at the pond in Montagu above. The males were building their intricate nests of woven grasses in amongst the fierce thorns of an acacia bush. 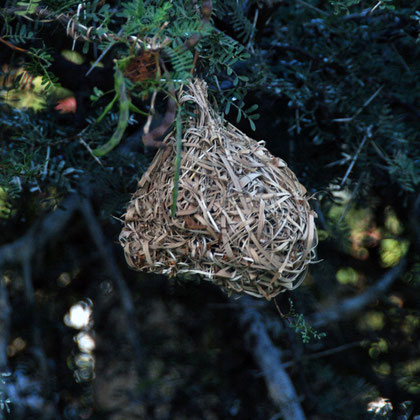 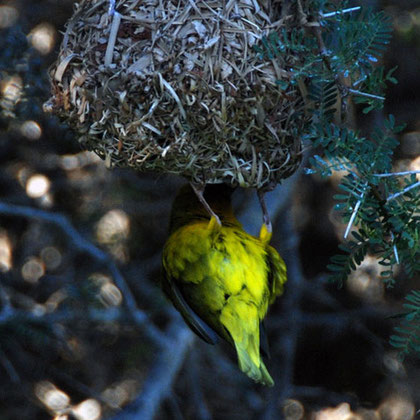 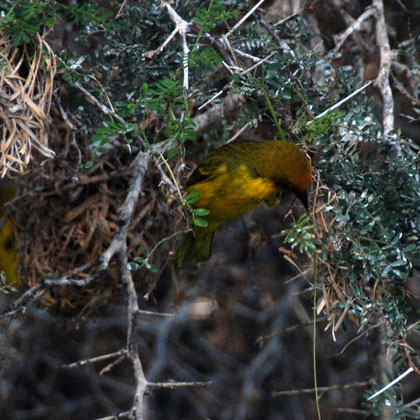 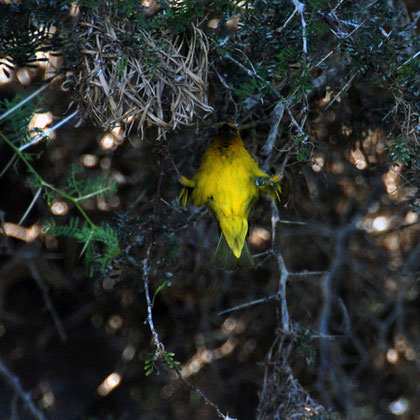 Thanks to William D Thompson of Montagu for setting me straight on this.

This page for the multivarious New Zealand Shags