We had hoped to come across a giant tortoise at the Bontebok National Park. As we sweltered around the park’s graded roads we kept a sharp eye out. As we made out way back from the cool of the Breede river I slammed the brakes and shouted, ‘Everyone out of the car.’ This caused some consternation, particularly as one of the doors would not open. There was much relief and laughter when I pointed out a diminutive Leopard tortoise disappearing into the renosterveld.

Later back at Montagu the car gave up on us – with a mysterious intermittent fault – and while I was phutzing around with cables under the bonnet in a manly show of competence I was called with some urgency. Irritated by the frivolous interruption I climbed the few steps to the house only to be shown another tortoise that had come calling.

These chaps can live 80-100 years and weigh up to 45kg.  So the ones pictured here still have some growing to do. 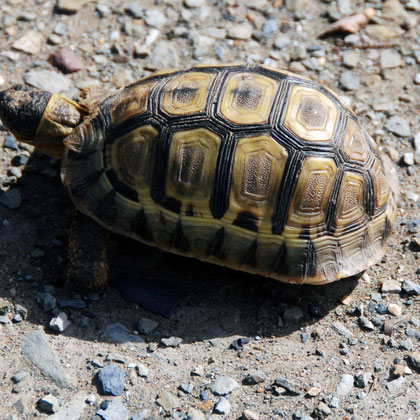 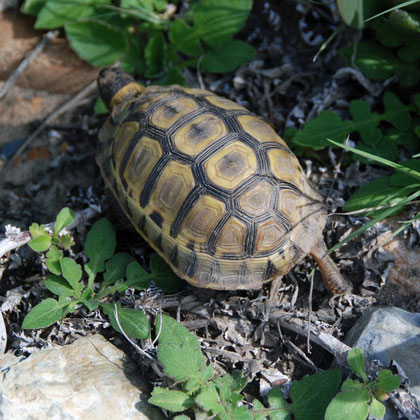 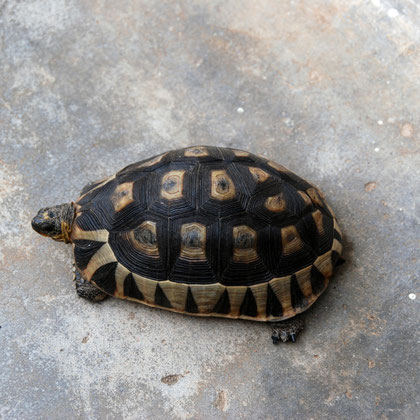 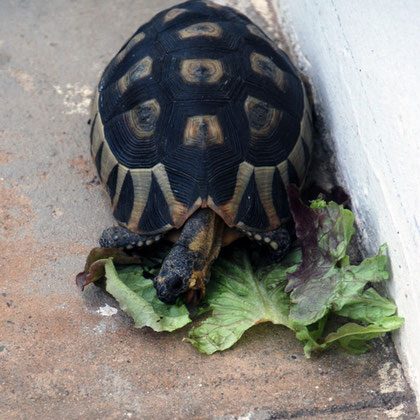 To Insects and Reptiles