We stopped at the beautiful Hala Sultan Tekke Mosque, which seemed to float over the end of the salt lake, surrounded by palm, cypress and olive trees. It is a simple and elegant building both outside and in and is an important Islamic site, the fourth after Mecca, Medina and Jerusalem.

It is approached across the southern end of the Larnaka salt lake and is a site  of great tranquility, despite nearby Larnaka International Airport.

The complex consists of a mosque, mausoleum, minaret, cemetery, and living quarters for men and women. The term tekke (convent) is usually used for buildings designed specifically for gatherings of a Sufi brotherhood but the mosque is open to all and does not belong to a single religious movement.

Initially a shrine was built and completed in 1760 and then under Ottoman rule the mosque was constructed to its present form in 1817. The Arabic name, the Mosque of Umm Haram, referes  ‘the ruler’s paternal aunt', Umm Haram. The mosque’s founding legend is based on the mosque's site being the place where Muhummad’s paternal aunt died during an Arab raid on Cyprus under the Caliph Muawiyah between 647 and 649.

It has been subject to a number of attacks, the most recent in 2010 with Molotov cocktails. (For above see Wikpedia: Hala Sultan Tekke and Rough Guide, 2009: 95-6.) 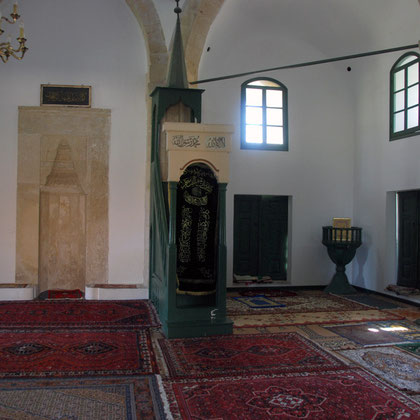 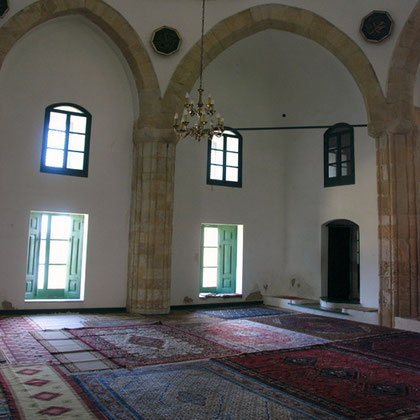 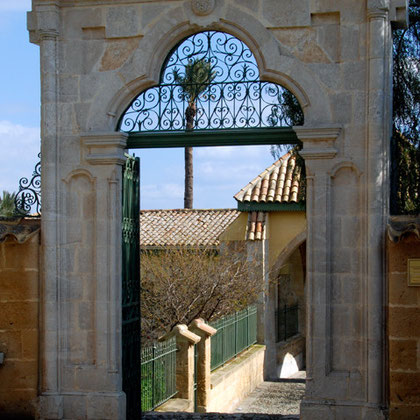 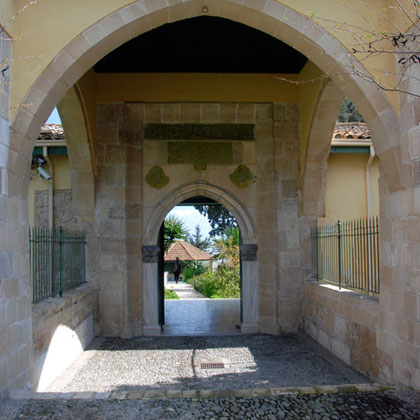 A number of Ottoman administrators of Cyprus are buried in a small cemetery to the north of the mosque.  Behind stands a mesh and barbwire fence with the lake beyond.

There was also a spectacular Agave (agave Americana) in the garden, with a seed mast that rose 4-5m into the deep blue sky, its 35 florettes of upright, brown-purple seed pods held in a tracery up the tapering, leftward leaning, rose madder and matt green stem.