One day in June 2013 when the temperature was up in the 100s I went down to the little bay at Agios Giorgios Alamanos, which is between Limassol and Governor's Beach.

I drove along the track that runs west of the Agios Giorgios Alamanos above the steep calcerite cliffs. It was very dusty and slow going. I clambered down over broken bottles and other rubbish in the scorching heat and threw myself in the beautiful clean-looking water.

Later I went back to the taverna on the beach and had some food and watched a Russian family packing up all their all-in meze leftovers and one of the blokes falling off the bench. The men were on beers after the two of them had polished off a bottle of Vodka.

At the far end of the track is the spectacularly ugly sight of the Cyprus Cement Works.

Not much more to say really. 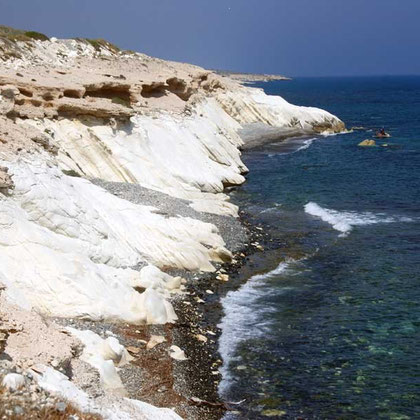 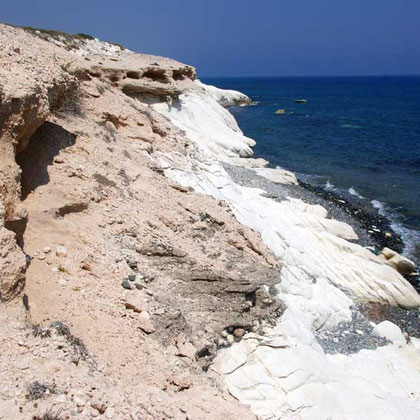 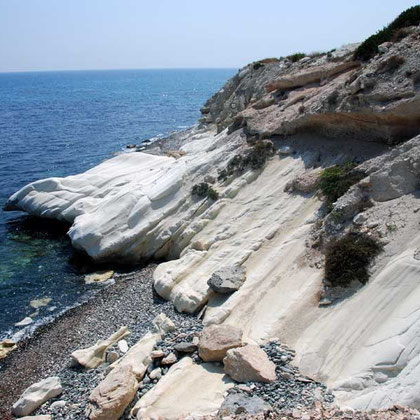 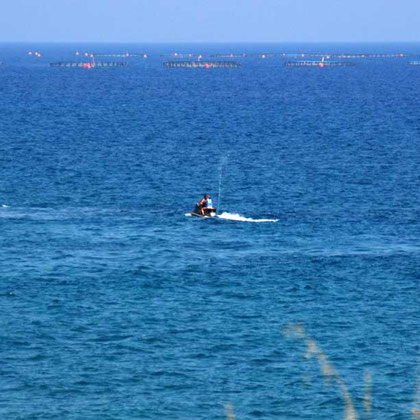 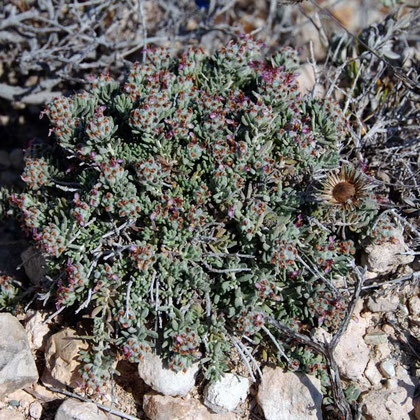 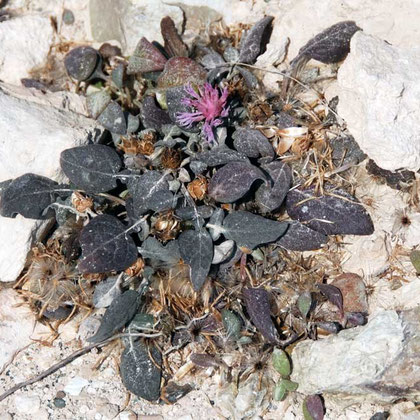 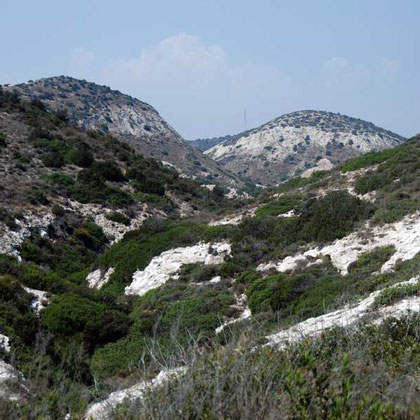 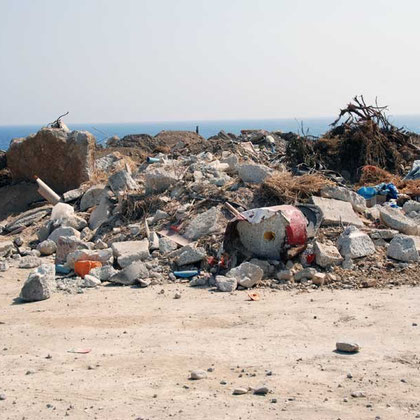 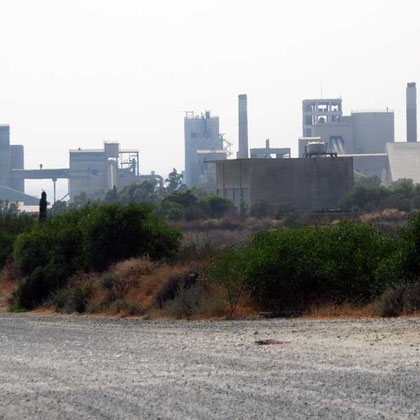