The work in this series takes its starting point from the motif of the Kouros statues of Archaic Greek sculpture from the period 600BC-450BC. A 'Kouros' is a male youth or young man.

I like the kouros because of their reticence, their formidable passivity, and their naked but muted physicalilty. They are not images/representations of individual men but are rather a generalised figure of an idealised man's body between youth and a more sensible maturity.

The pose of the Kouros was also very much an idealised one that was a mix of borrowings from Dynastic Egyptian and Assyrian sculpture. The arms are held firmly to the sides and one leg is put stiffly forward.  The pose, again most likely a compromise given the frailties of stone and the limited tools available to Archaic sculptors, combines both movement and stasis.  It is a step forever stopped in time - an intention to go somewhere and an inabillity to do so. 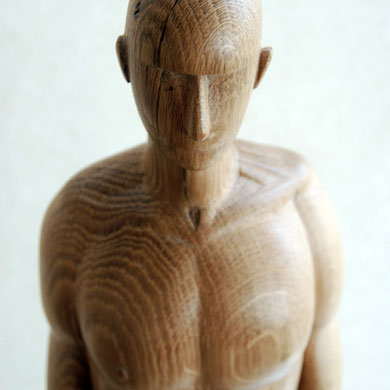 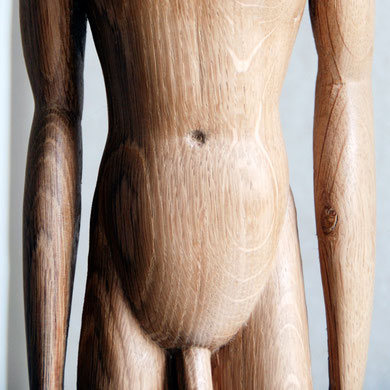 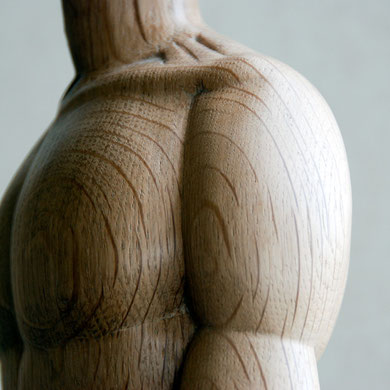 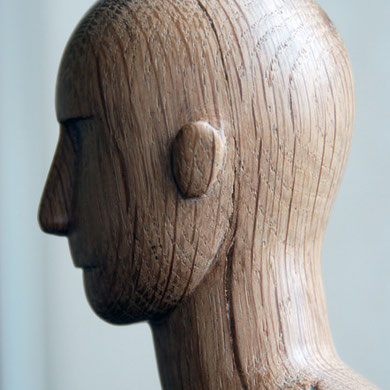 This physical contradiction creates a simple tension in the kouros figures that I really like. There is intent and passivity, resolve and reticence, movement and stillness.

The ambiguity of the meaning of the kouros is further clouded because so many that have survived until the present day are the core or fragment of larger sculptures that had hands and feet and heads.  The vicissitudes of time have worn them down to a core, a nub, an essence.  Sometimes that is, from my selfish point of view, a good thing because many of the kouros were adorned with a characteristic 'smile' that has lost its resonance over the millenia.

It is estimated that during the Archaic period up to 20,000 kouroi were produced as votive statues or tomb guardians. Over that period there was a gradual evolution towards a more anatomically realistic representation of men that eventually resulted in the buffed-up athletes of Classical Greek art with all the muscular egotism and the preening narcissism that went with it.

The kouros that have survived down the centuries are almost exclusively in marble or more rarely limestone, particularly in Cyprus.  This may be because marble was favoured or more probably because anything made of wood decayed.