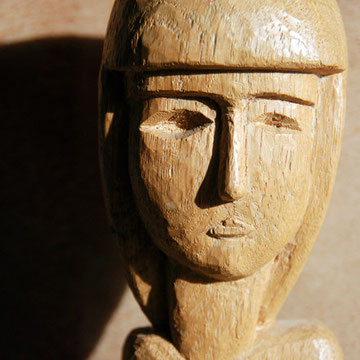 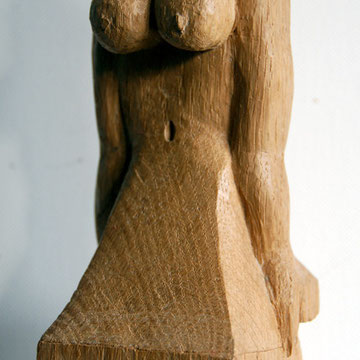 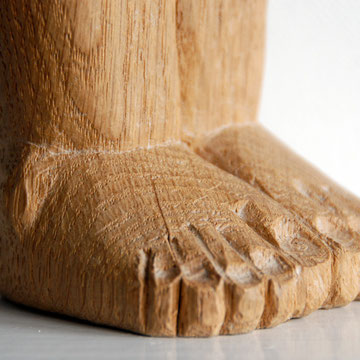 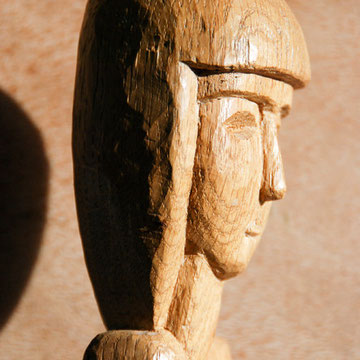 Kilted Woman was inspired by two things: an etching I found in a skip when I was at art college as a part-time mature student and visits I had been making to the Egyptian Collection at the British Museum. The prints was of the three stages of womanhood and showed a young woman both steadfast and quietly beautiful. The piece I studied at the British Museum was a son of Ramesses II bearing standards of the god Osiris from the 19th Dynasty, about 1250 BC. Here a some preparatory drawings and photos.

Flat Woman is made from an ancient piece of planking I pulled out of the tidal Thames underneath Chamber's Wharf pier.  It took forever to dry out and knocked around in my studio for months before I incised and inked a 'woman' into the surface of the plank.