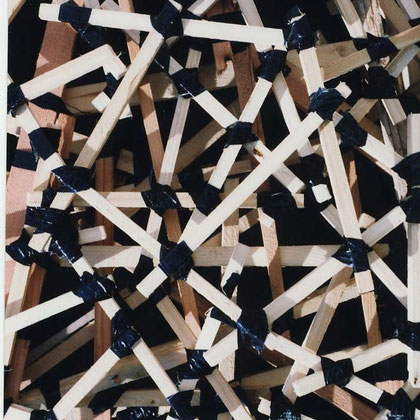 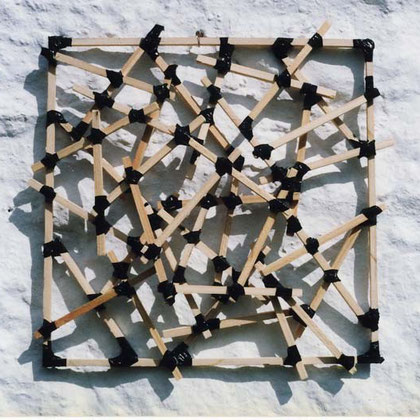 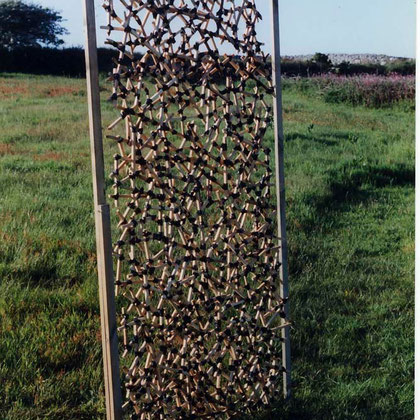 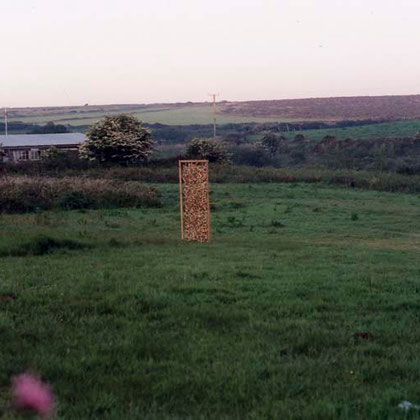 These were some pieces I made when I was attending Falmouth College of Arts as a part-time student. They were made around the outside of the house I was living in on the moors above Penzance.

I don't know that they 'meant' anything. I'd bought some yellow pine and one of the technicians at the College had very kindly cut it up into short lengths for me.

Thinking back now I was interested in and attracted to some of Sol Lewitt's work, particularly his pencil drawings made with a given number of equal ruled lines. I liked the effects he achieved from seemingly random yet rigorously rule-based and unexpressive interventions.

I think I was trying to do the same but with the short lengths of yellow pine and gaffer tape.