I went down to the Bay at lunchtime.  It was bitter with a 17mph easterly at 1C with a 'feels like' of -5C. There was a dying Black Headed Gull on the shingle - very sad - three Dark Bellied Brent Geese, two ravens being spectacularly dive-bombed by two peregrines, a diver, Razorbills and Gannets far out to sea, an oystercatcher, Cormorants, and a fast-going flock of sea birds I only caught the tail end of, a new rockfall from the cliff that has covered the Winter Heliotrope in chalk dust, a partidge poking around in amongst the fallen stuff  and a seal fleetingly, close in near the big concrete groin at the N end of the beach - I just his/her tail flippers disappearing beneath the surprisingly rough sea.

The Raven and Peregrine Show 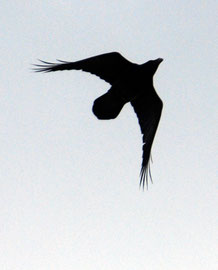 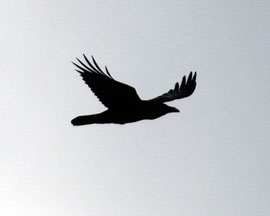 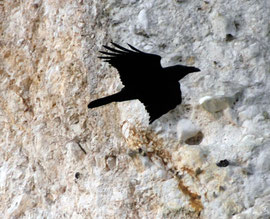 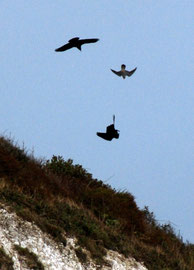 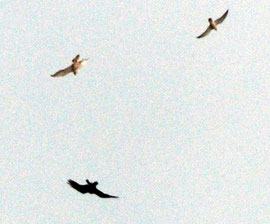 I often see the ravens and the peregrines but usually not all four together. The peregrines are like little Spitfires.  They climb high above the big, slow-flapping but immensely strong ravens and then stoop down on them, wings folded back, talons out.

The ravens have this amazing trick of turning upside down as the peregrine dives down, presenting it with their substantial claws and protecting their heads.

Given that they live so close together, and sometimes alternate year on year in the same cliff-top nest site, it surprises me that they put so much energy into this aerial duelling. I remember watching a peregrine further north up the coast by Brockhill Farm harry and harry a raven for what seemed like half an hour.

Maybe they enjoy it.  It certainly keeps them sharp.  In this case the ravens were split up - one turning back to where they had come from, the other pressing on.  The two peregrines climbed way up into the washed out winter blue sky imperious in their domain.

Birds in the Bay 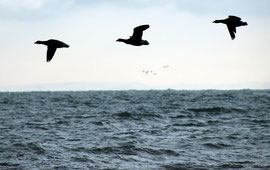 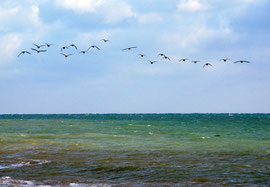 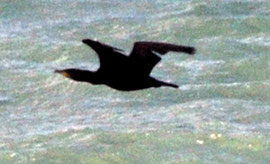 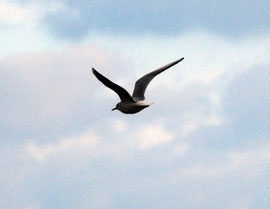 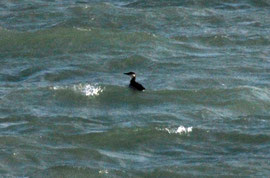 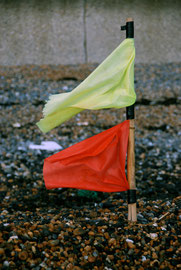 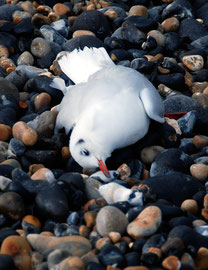 The persistent easterlies have washed up many whelk and cuttlefish egg cases, a Christmas decoration, a yellow float, a strange bright turquoise ble frayed rope contraption bound with parcel tape (a duster, brush, sailor's friend?), a nice wedge of wood, part of a polystyrene fish packing case from Arne Nielsen in Hirsthals, Denmark, a drinks bottle half full of piss (the lorry driver's revenge), and lots of seawood and assortments of plastic bits. 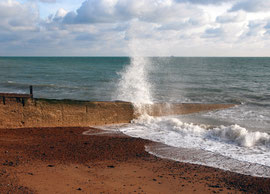 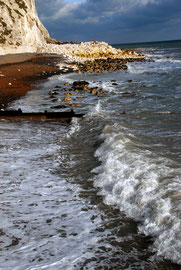 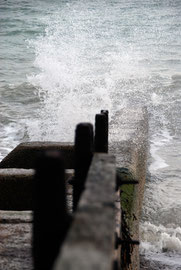 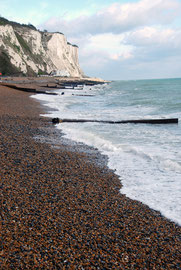 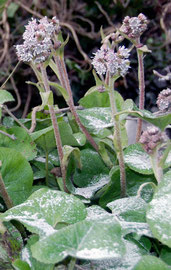 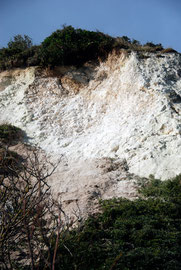 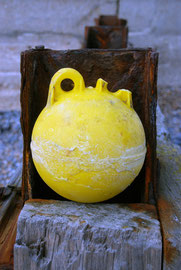 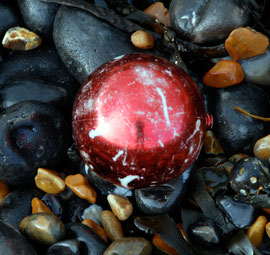 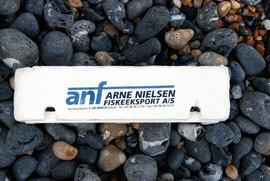 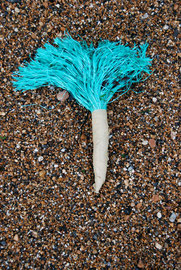 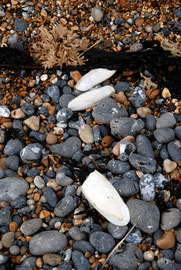 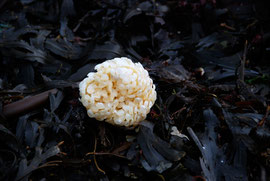