I went to the New Art from Germany show at the Saatchi Gallery on the King's Road in London. I found it a really interesting show for once. There was a nice balance between light heartedness and seriousness with none of that didactic 'lessons from history' stuff you can get with Beuys and Keifer - which is of course very important and I like them both.  But it can get a  bit heavy - but then that said I was blown away by Gerhard Richter's grey paintings of the II World War and the mightily ambiguous and probably brave work around the Baader-Meinhof deaths in prison at the recent Tate Modern show. 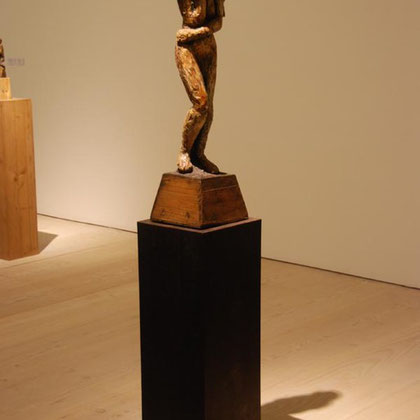 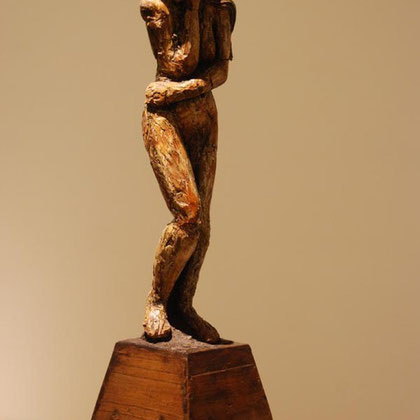 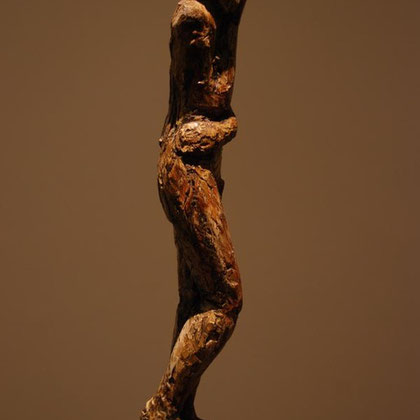 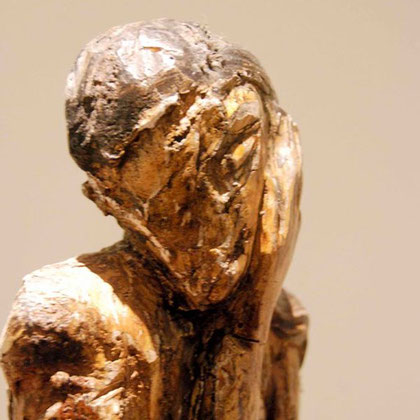 I particularly liked Marcus Selg's sculptures made of a mix of wood and plster, metal and jute and painted and shellaced.  The half to a third life-size figures had a vibrant and ambiguous energy that seemed to refer  back to earlier periods of art history while also being bold and fresh. The earthy colours, with their shiny shellac finish, and the crude hacked out surfaces and features with their strong and iconic poses suggest a lot without saying anything in particular.